Unemployment could be turn into crisis 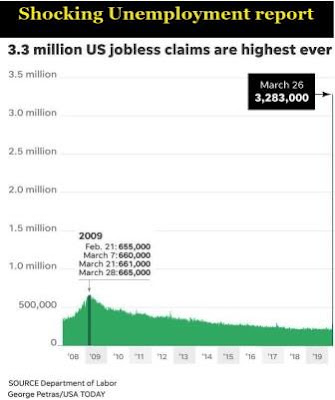 A shocking reports which are recorded during Corona virus effect that in America Unemployment rate has been increased too much which breaks all records is nearly 3.3 Millions people register to claim jobless till 21 March .Now you can assume that how much American effected dur to corona virus and you can think too that if 3.3 Million people has been registered unemployment then how many people around the world will be lose their job you can’t think about it. Analysts said that this situation could be wrost which never happen before and the actual data will shocked you when this crisis will end .
Now if we talk about unemployment rate then according to an estimate which are released by the International Labour Organization (ILO) could up to 25 million people might become unemployed worldwide due to the impact of COVID-19, the report said and may it will cross this report even we don’t have any report related to that company which were in their closing situation so it could be cross 25 Million line now its time to alert all around the world about it cause it could be biggest crisis after COVID-19.
After Corona crisis oil prices has beed decreased amid plummeting global demand, Halliburton, the oil related services giant, announce that Wednesday it will start a mandatory furlough for 3,500 employees. The furlough, which will start Monday, which will last up to 60 days and “best position of our company in the current environment,” thats the word Halliburton said in a statement provided to USA TODAY.

India could more effected through it 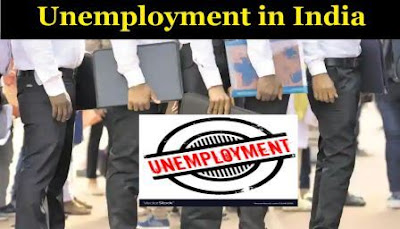 Now if we talk about India then unemployment rate will be increased more times as compare to America cause we see that in Indian before this Corona crisis te unemployment rate increased as never record before so now you can assume that if the unemployment rate which were already cross limit in India before this crisis then after this crisis the unemployment rate will shocked all around the world .As we know that after Demonitization and then GST Millions of Indian lose their jobs because all startup company or has been closed due to Demonitization and GST . Now let us consider how can Indian government provide job to the jobless person because we saw that their is around 2.2 Million job post are already vaccant but Indian government are not able to fill up them then how could they provide jobs to the unemployment person that’s the question arises and answer should be asked through the government after this crisis will end.
But this is a disaster that the whole country of the world will have to deal with and it will also have to be resolved at the earliest. This too can prove to be a major disaster. There is no doubt that the problem is going to be very serious in the future and all the governments around the world should make plans to deal with it from now on. A situation like starvation can also arise which will not know how many people will die. Can’t even guess.