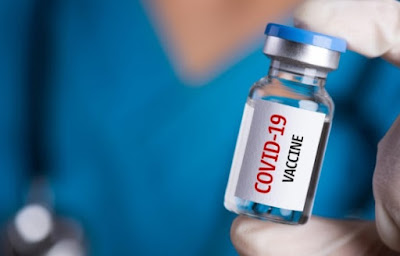 Oxford University and AstraZeneca became the first vaccine manufacturers in the midst of a worldwide corona crisis that published the results of a final-phase clinical trial in a scientific magazine on Tuesday. This is seen as crossing a major hurdle in the global race to produce safe and effective medicines for the treatment of corona virus.

According to a news agency, a study published in the prestigious health-related journal Lancet has confirmed that the vaccine is effective in 70 percent of cases on average. This report came during the positive developments going on regarding the vaccine. It is hoped that the vaccine will help curb the epidemic. As of now, the UK became the first country to begin vaccination on Tuesday, using the Pfizer-BioNTech vaccine after being approved for general use last week.

However, Professor Andrew Pollard, director of the Oxford Vaccine Group, said that the publication in The Lancet shows that the developers were sharing data transparently. A series of vaccines will be needed to reduce the outbreak of the epidemic.

Andrew Pollard told in a press conference that it cannot really be a competition between developers, it has to be in competition against the virus. The study shows that two doses of the vaccine have been effective, whereas those who were given half the dose and then a full dose later had a ratio of 90 percent. Earlier questions were raised on the AstraZeneca and Oxford vaccines.

When will Corona Vaccine available in India

Dr. Sanjay Rai, the chief investigator of the vaccine trial at AIIMS, said on Tuesday that the trial of Covaxin is going on. It will take at least four more weeks. He told that the interim data for the first dose of the vaccine given will take just two months. Before this there is no scope.

On emergency use for Bharat Biotech Vaccine, Dr. Sanjay Rai said that if the regulators feel there is more benefit than risk, then it will be evaluated. But its final analysis will take at least three steps. In the press conference, Rajesh Bhushan told that once the permission of his scientists is obtained, then production of vaccine will be started on a large scale. All kinds of preparations have been completed regarding the production of the vaccine

The Union Health Ministry also said that the pharmaceutical sector regulator is seriously deliberating on three vaccines of Corona and that all or some of them are likely to be licensed soon. According to the ministry, in connection with the preparation of the corona vaccination, data is being uploaded on the Co-Win software about the health workers of the Front Front.