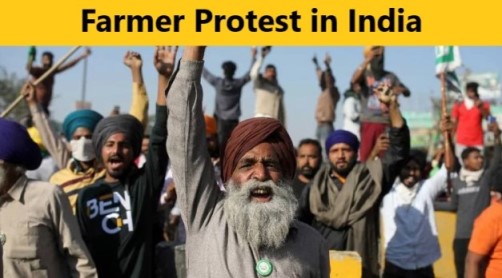 New Delhi: Farmers of many states of the country will gather in Delhi on Sunday to demand the repeal of the Central Agricultural Laws. Addressing the protesters on the Singhu border, Dr Darshan Pal, a member of the Samyukta Kisan Morcha said that farmers from Punjab, Haryana, Rajasthan and Uttar Pradesh have gone out to close the Delhi Highway. Both the highways will be sealed by Sunday morning. He said that if the government stopped the farmers from reaching Delhi, then where the farmers would be stopped, they would sit there. He appealed to at least 10 youth from every village in Punjab to march towards Delhi. He said that if 10 youth from every village of Punjab also come here, then one lakh 25 thousand youth will increase in the demonstration. He said that Union Agriculture Minister Narendra Singh Tomar should not come in a closed room, but come and communicate among the farmers. Increased security system as the movement intensified: In view of the agitation by the farmers, the security forces have been deployed at toll plaza blocks in UP. Security has also been tightened on the Singhu border.

Here, a farmer delegation from Haryana met Union Agriculture Minister Narendra Singh Tomar at Krishi Bhavan. Please tell that the Agriculture Minister has already clarified that the agricultural laws will not be withdrawn. The points that the farmers have objected to can be negotiated for amendment. Recently, a proposal was also sent to the farmers leaders on the objection points from the government, which they rejected. The Congress targeted the government on Goyal’s statement, the Congress on Saturday targeted the government over the statement of Union Minister Piyush Goyal on the capture of Maoist elements on the farmers’ movement and alleged that the policy of the people sitting in this government is Maoist and every opponent To declare a traitor. Party spokesperson Randeep Surjewala also said that the Prime Minister should apologize for the statements.

🠞Also Read : What are the challenges for the Corona vaccine in India ?

Hearing on 16 petitions related to the movement

The petitions filed in the Supreme Court regarding the Kisan agitation will be heard on December 16. Justice AS Bopanna, Justice V. Ramasubramaniam and SA Bobde, bench of CJI will hear these petitions. There are three petitions have been filed in the Supreme Court,  so far regarding the Kisan agitation. In the first petition, Delhi resident Rishabh Sharma has demanded the removal of farmers frozen on the borders of Delhi.